Environmental Justice in the Anthropocene 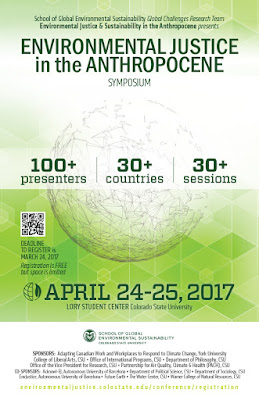 I have a lecture at Environmental Justice in the Anthropocene Symposium, April 24-25, 2017 at Colorado State University. My lecture is dealing with political theoretical implications of enviroinmental and climate justice questions in Eastern and South Europe.

Environmental and Social Justice in Eastern and South Europe: Ecopopulism and Biopower


You find the draft paper here.

My lecture is available at SlideShare.

Environmental and Social Justice in Eastern and South Europe_Ecopolitics and Biopower from Antal Attila
Email ThisBlogThis!Share to TwitterShare to FacebookShare to Pinterest