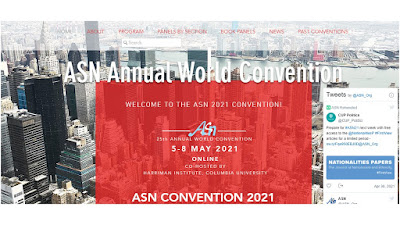 PANEL CE5 Populism and Authoritarianism in Central Europe
Thursday May 6, 10.00-11.30 AM EST (Eastern European Time, EET:4 PM - 5.30 PM)
CHAIR
Zsuzsa Csergő (Queen’s U, Canada)
PAPERS
Courtney Blackington (UNC Chapel Hill, US): Partisanship, Populists, and Plane Crashes: Can Populist Partisanship Drive Conspiratorial Beliefs?
Robert Sata: (Central European U, Austria): Illiberal Populism: A Synergy of Xenophobic Nationalism,
Identitarian Religion and Anti-Gender Mobilization?
Attila Antal (Eötvös Loránd U, Hungary): Hungary: Constitutionalized Populist Dictatorship
Valentin Behr (U of Strasbourg, France): Is There a “Populist” Ruling Elite? Insights from Poland. Co-authored with Andrzej Turkowski (U of Warsaw, Poland)
DISCUSSANT
Lenka Bustikova (Arizona State U, US)
My paper: Hungary: Constitutionalized Populist Dictatorship
At the time of Eastern European regime changes a stubborn expectation has risen about the democratization and marketization. Fukuyama put forward the “end of the history” and the universalization of Western liberal democracy. Instead of this “eternal peace”, by 2000s it has been proven that totally different tendencies have broken ahead, and political authoritarianism has become the new tendency. It is to say that the new era of autocracy maintains an intimate relationship of economic liberalization, capitalist globalization. Not just state autocracies have been evolved, but it become obviously that the capitalism inevitable shows autocratic tendencies. The contemporary democracies are facing their deepest crisis and biggest challenge ever. Although several factors have changed, the core challenge remained: the oppression of authoritarian structures. In the second half of the 20th century the capitalism entered to its authoritarian neoliberal phase. At the beginning of the 21st century the authoritarian right has rapidly reborn in the field of authoritarian state, which can be called post-fascism. According to my concern, these two tendencies have tightly coupled in the framework of authoritarian right-wing populist regimes. Rosa Luxemburg showed that imperialism and imperialist war could not be overcome within the framework of capitalism. The rule of law based liberal democracy and liberal constitutionalism tried to put this militarist nature of capitalism into legal/constitutional frameworks. The failure of liberal democracy opened the contemporary way of authoritarian right-wing populism, which on the one hand remined integrated into neoliberal capitalism and on the other hand dismantled the legal basis of liberal constitutionalism (human rights, rule of law). A new hegemonic structure has been created in the USA under the Trump’s administration, in Putin’s and Erdoğan’s systems as well, and it is most striking in Eastern Europe especially in the post-fascist Hungarian Orbán’s regime. This paper is based on my recently published book The Rise of Hungarian Populism: State Autocracy and the Orbán Regime (Emerald Publishing, 2019) which, analysing the Hungarian case, investigates how the authoritarian neoliberalism cooperates with authoritarian state ruled by the populist right. On this basis, I argue here that the authoritarian turn of our time is based on the common tyrannical nature of capitalism and post-fascist right-wing politics. My other main thought here is that the liberal democracy was undermined by not just the state autocracies, but the neoliberal autocracy. The authoritarian populism cannot be seen as an extreme form of freedom speech, nor the neoliberalism be considered as a form of economic freedom. Authoritarian populism and authoritarian neoliberalism are against freedom, justice, equality and democracy. The main challenges of our time how can we fight back against these constitutionalized dictatorships, because it is to say that authoritarian populism and neoliberalism are about to constitutionalize themselves.
Email ThisBlogThis!Share to TwitterShare to FacebookShare to Pinterest