The Extraordinary Measures of Authoritarian Populism and the “European State of Exception” Controlled by the Civil Society (TraPoCo Conference, 21-22 September, 2022, Wien) 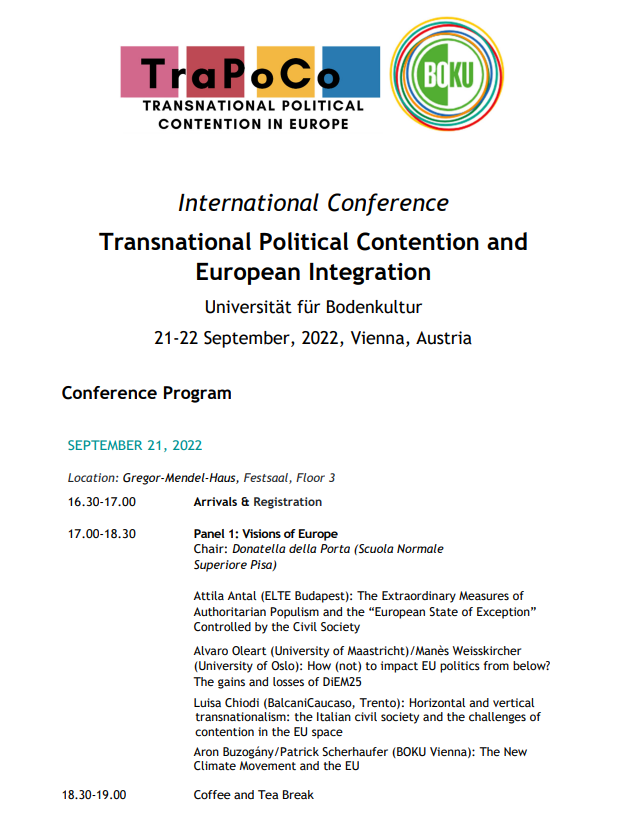 My paper is dealing the following questions:
The Extraordinary Measures of Authoritarian Populism and the “European State of Exception” Controlled by the Civil Society

The authoritarian populist right-wing has rapidly reborn in the field of authoritarian state and emergency governance, moreover the COVID-19 crisis gave a new rise this phenomenon mainly at the expense of civil society. The failures of liberal democracy opened the way of authoritarian populist right-wing populism in Central and Eastern Europe (CEE), which on the one hand remained integrated into the neoliberal capitalism and on the other hand dismantled the legal basis of liberal constitutionalism. Investigating the CEE authoritarian populist regimes (especially Hungary), it has been argued that Hungarian authoritarian populism and its regional followers established this politics from the migration crisis of 2015 on the permanent state of exception. The COVID-19 crisis offered a new opportunity to maintain and extend the emergency measures. Viktor Orbán, Prime Minister found the way to capitalize the pandemic crisis and introduced the overlapping exceptional measures. Relying on the political theoretical concept of exceptional governance, it has been argued and analysed in this paper that the new forms of authoritarianism in CEE are based on the extraordinary measures. Civil society is basically the victim of exceptional governance and has no control over it. At the same time, the European Union (EU) has not been able to counteract the authoritarian instruments of exceptional governance in the various waves of the pandemic. This highlights the fact that the EU has almost no control over the exceptional legal regimes of the Member States. The crises of recent years have shown that the EU finds it difficult to enforce the rule of law even in the normal legal order, and that there are no European standards for state of exception and other forms of extraordinary governance measures. Yet it was the COVID-19 that showed how important it would be, both regionally and at EU level, if Member States could harmonise their different types of exceptional legal order. According to Carl Schmitt, it is the sovereign who rules over the exceptional legal order. Based on an examination of the extraordinary measures of governance introduced by authoritarian populists during the pandemic, it has been argued in this paper that the EU could address many sovereignty problems much better if it took steps towards developing a framework of “European state of exception”. The various forms of global ecological and climate crisis we are facing make this all the more urgent. This study explores the ways in which civil society can control and constrain exceptional situations at national and EU level. 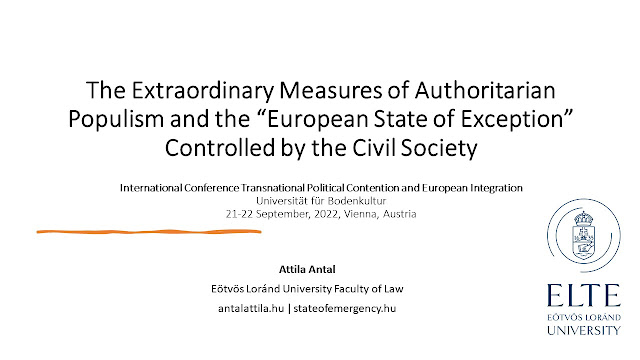 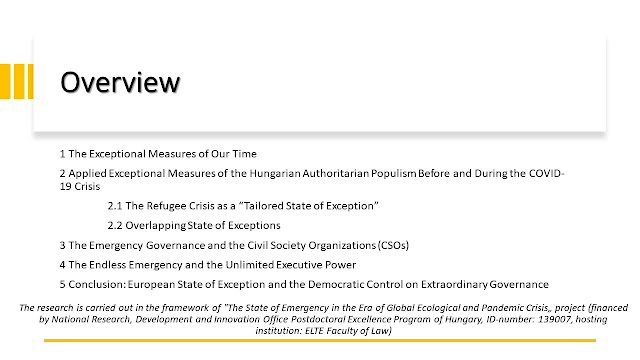 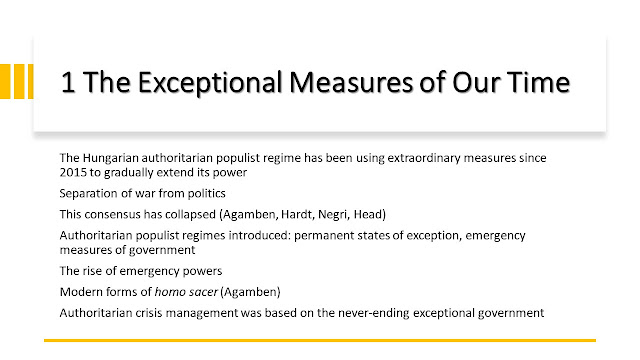 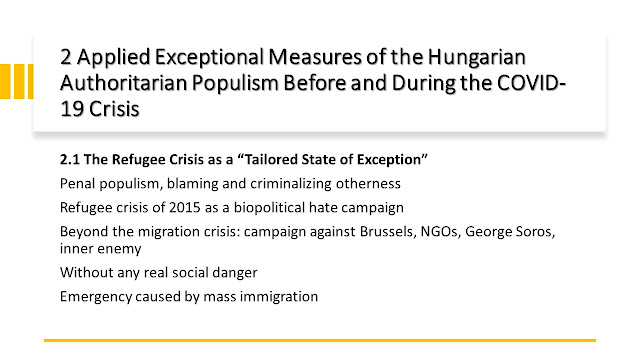 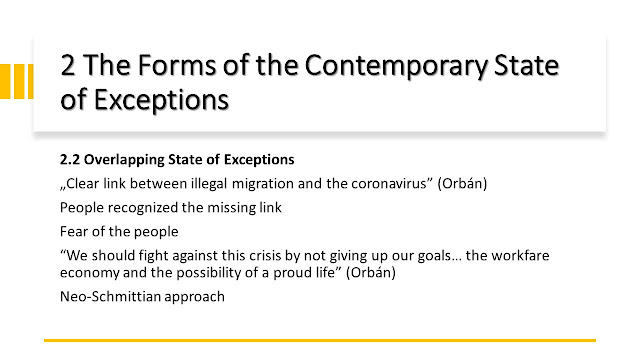 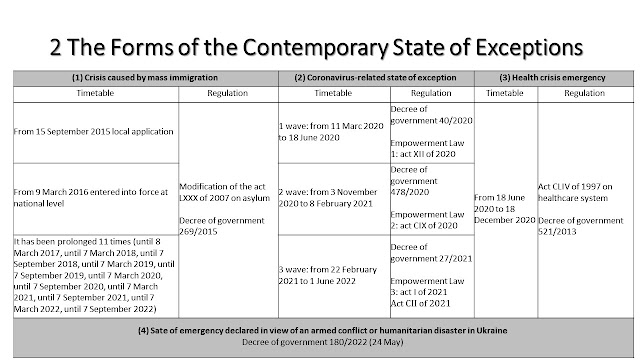 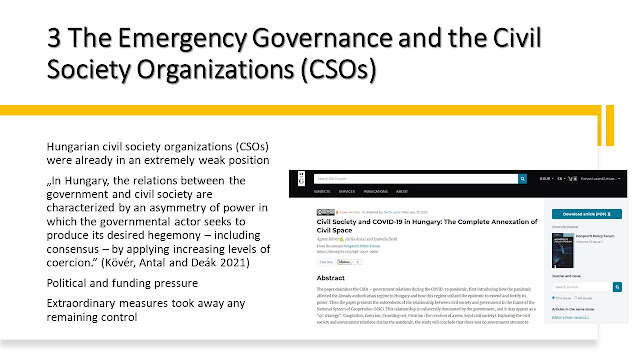 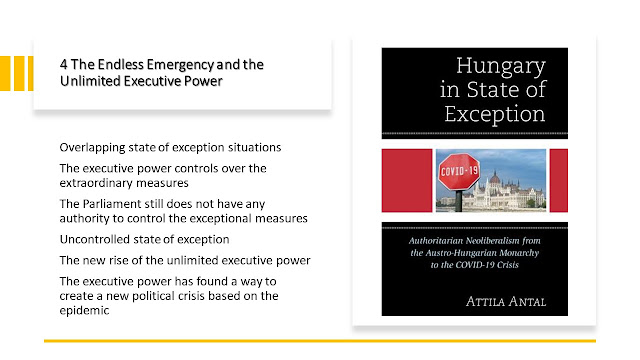 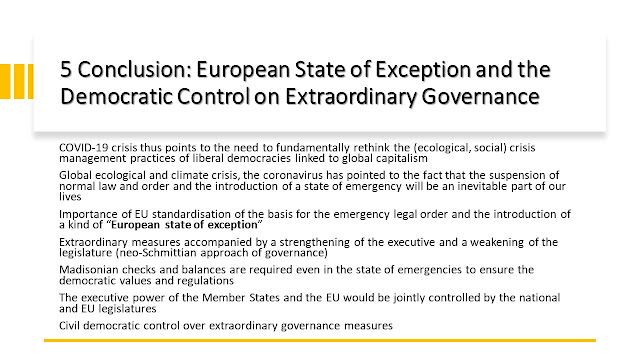 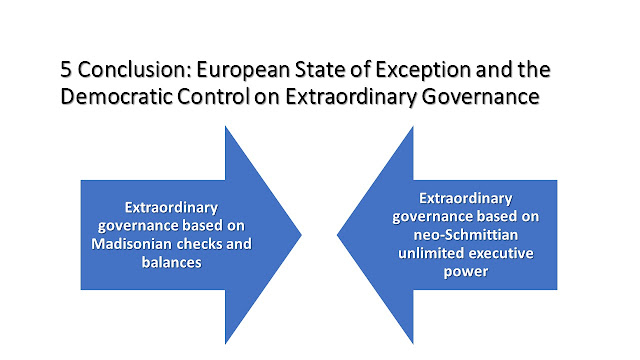 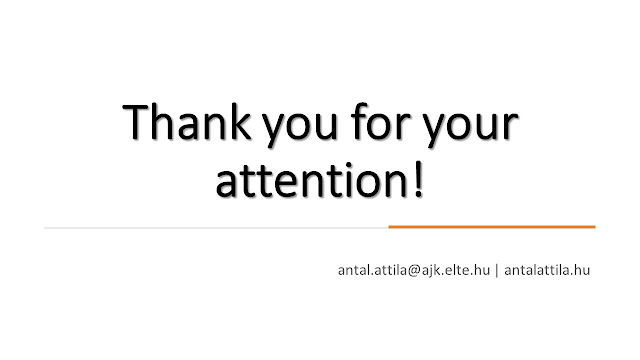