I have a lecture at 15th International Karl Polanyi Conference “The Role of the State in the post-COVID 21st Century” which is organized in collaboration with the Department of Sociology and Anthropology at Concordia University.

Our  panel: Climate Emergency in the Post-Pandemic Era

My paper:
The Climate and Ecological Emergency in the Era of State of Exceptions 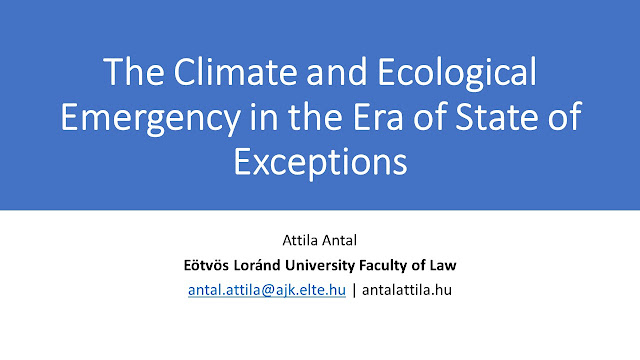